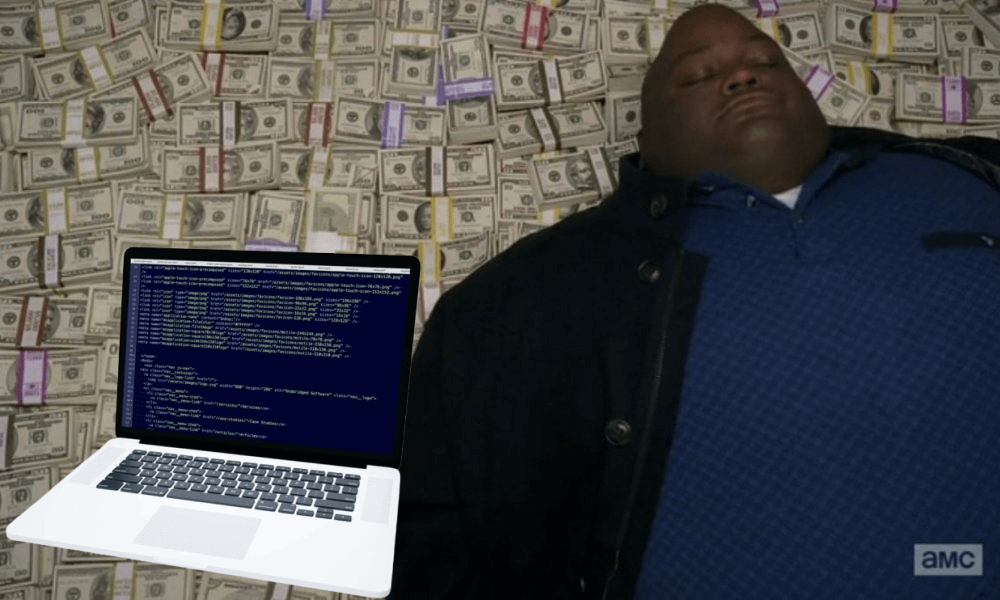 Hey! I am Roman Shtykh, CEO of MetaLamp development studio. When our company was at the beginning of its growth, we were concerned about one issue. We wanted to know how to motivate our developers to improve their skills to take on more complex and expensive projects. Of course, the enthusiasm and self-development aspirations among colleagues helped us. However, we wanted to add financial rewards as well. We have chosen a salary increase system based on competencies. This method is suitable for young teams aimed at rapid development.

Before writing this article, I spoke with colleagues from other agencies, customers, managers and line staff. A salary increase system turned out to be a challenge for everyone. Many companies would be happy to adhere to some system. However, they do not understand how to set it up clearly, transparently and fairly. I will tell you about our method. If you like it, implement these practices in your companies.

What are the problems in salary increase systems now?

Companies often use one of three approaches to increasing salaries. They are simply indexing for everyone, a subjective non-systemic increase for individual employees or the KPI method. All of them are controversial.

Indexation or planned increase is the easiest way to raise salaries I have ever seen. There are rates for different positions. Then, salaries increase once for a while by a certain amount regardless of the results.

I believe it is an inefficient approach:

However, this system has significant advantages, such as simplicity and low implementation cost.

Many companies do not have any salary increase system at all. The manager makes decisions about the growth of salaries spontaneously. For example, it can happen if the employee asked for a promotion himself or the manager noticed a work achievement. This approach has many disadvantages:

The subjective salary increase system has only negative long term consequences. When there are no clear and transparent criteria, the only thing you can do is evaluate employees intuitively. This approach is supposed to consider only work achievements. Those employees, who develop and take on more responsibilities gradually, may become underestimated. At the same time, their approach results in productive and high-quality performance without burnout. So, they deserve a salary increase.

In addition, it is challenging to build an objective KPI system. Measuring employee efficiency through the number of completed projects, solved tasks or tracked time leads to controversial and non-transparent requirements. As a result, they will eventually depend on the subjectivity of individual managers.

A transparent and well-designed salary increase system is necessary for everyone. Employees get a clear plan and a social contract. If you want more income, you should make some effort. The management sees the employees developing in the team instead of turning toxic due to the sense of injustice.

MetaLamp agency started as a "club" of enthusiastic developers. We did good on a freelance, and clients began to trust us for large commercial projects. As in many similar cases, the main problem of such a company is development. We need many developers, and we take people of different levels. However, they should understand how, where and why to develop professionally.

We solved this problem through the Developer Roadmap and designed several grades of developers, depending on their knowledge and skills.

So, there are three main grades: junior, middle and senior. We have subdivided them into "sub-grades". Each has a list of technical and non-technical questions. The employee understands what he needs to learn to get a higher level.

Of course, we came up with a simple solution. We applied the rate for one working hour to these grades. Employees of all levels know what they need to learn and who to address to earn more. It solves several issues at once:

We have been building such a system gradually since the company was founded. It had been operating for about five years. However, the faster we grew, the more challenges we faced. At one moment, we realized that it was time for changes.

What are the disadvantages of salaries and grades interdependence?

If you rely only on the Developer Roadmap for salary increases, you face some issues.

The developer has experience and competencies, but he did not take a formal grade exam. Some experienced developers have been working with various technologies for a long time. They are professionals in their field and have a lot of practical skills. Nevertheless, they do not go for the grade exams because they are very busy with complex tasks. At the same time, they cannot spend time and energy studying in the evenings.

So, their competencies already meet the requirements of a higher grade, but we do not increase their salaries. Of course, we could solve this problem through a salary increase without passing the exam grade as an exception. But then it would undermine the trust in the system among other developers.

As a result, we have a formal bureaucracy. The conditions seem transparent, but they are limited and do not fit everyone.

There is a lot of theory but a lack of practice. Here is one more issue. Some specialists in our company took grade exams very quickly. These developers often studied theory at home. They passed the grade exam successfully and became middle-developers. However, they did not have enough expertise. These guys worked on one or two projects and knew many things in theory. At the same time, they did not have an opportunity to put them into practice.

Lack of performance assessment. The Developer Roadmap evaluated competencies but not productivity. The employee could work slowly, perform fewer project tasks, but could study. According to the Roadmap, he got a pay rise. Another developer completed more tasks but did not have enough time to learn new things. So, we could not increase his salary rate.

The system considers only technical competencies. Of course, they are essential for an engineer. We must understand complex technologies to work with various projects. However, there are such criteria as work experience, additional responsibility initiative, English proficiency and soft skills. All these standards are relevant and have a dramatic impact on performance. You can be a talented engineer. Nevertheless, if you are bad at soft skills and English, it is a problem for you, the company and the team.

However, we tried to upgrade the system and introduced a rate range for every grade to address the weaknesses. For example, at the “3-junior” level, a person can get 500-700 rubles instead of 500 roubles per hour.

It is a bit subjectively but allowed us to increase salaries based on the same work experience. When a developer has recently upgraded to a new level, he gets 500 rubles. After six months, we raise the rate to 700 rubles without a grade exam.

Also, we introduced a system of benefits for liability. For example, if a developer started to “team lead” and coped with it successfully, we paid him a fixed amount per month. Although, the Roadmap does not include it.

Finally, the system is not perfect and requires additional solutions and modernization. Nevertheless, it seems that transparency and trust can compensate for the shortcomings. The game rules are the same for everyone, and the promotion path is clear. This task was the most significant for us.

Five years later, we decided to reinvent our salary increase system. We wanted it to remain fair and transparent to everyone. At the same time, it should consider that our team has grown. So, the problems have become a significant challenge, too. We mainly went beyond the Developer Roadmap, but we tried to keep a focus on development. I will tell you about this system in the following article.

The salary increase system based on the Developer Roadmap will not operate effectively in all teams. It will be beneficial if you have a business with a startup spirit. You are a team of enthusiasts who strive to develop and accept a salary increase system based on skills development. The main thing is that the business model supports this approach, and you have projects that require solving complex tasks. Our experience shows that such a system is a great way to stimulate employee growth. A spirit of self-development, a team atmosphere, complex challenges and management support are precious. However, money is also a strong motivation for development.